on March 14, 2020
If you think it can't get any worse than it already is, it usually comes as a real blow. And the week started off so well. Obviously there are huge differences between DHL and DHL Express. The shipment of the hydraulic cylinders was announced for Monday. A DHL car drove up to the barrier in the morning and a friendly young man waved to me after I made myself noticed. The parcel was delivered without any problems and the deliverer had a casual slogan on it as well. This is how I imagine service. Why this is not possible with normal parcels, I don't understand. 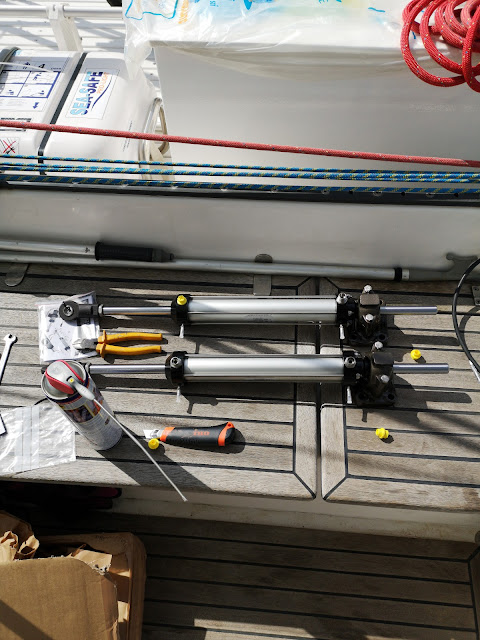 Anyway, I immediately started with the installation, which went without any problems. The next day we had to bleed the system which took us several hours. The same day Antonio came and brought the now disassembled old cylinders, which we had opened in a workshop. Actually they should be finished only on Friday and we planned our further journey for the coming weekend. After bleeding the system I changed the seals and reassembled the old hydraulic cylinders. As spare part they were stored in the locker. So on Tuesday we were finished and can now leave. But then the shut down came on installments. First of all, the whole of Italy was declared a restricted zone because of the strong spread of the corona virus. Restaurants are only allowed to be open until 18:00h, weddings, funerals and other events were prohibited. The football league A was stopped. All ports were closed, limited numbers of customers were introduced in the supermarkets, which led to queues in front of them. On Wednesday all restaurants and shops were closed except grocery stores, pharmacies and drugstores. People are to stay at home and the parts of the company that are not necessarily needed will be closed. An official paper from the Ministry of the Interior circulated through the net, which prohibits shipping on the Italian coast unless there is a professional purpose behind it. So we are stuck. From one day to the next our supermarket was bought empty. Everything that has a longer shelf life was cleared from the shelves. The Italian, who is usually so talkative and discusses every little thing down to the last detail normally, with hands supporting, has become mute. If you usually take your time when shopping here in Italy and like to have a chat, you now run with your head bowed, hidden behind your mouthguard, through the rows of shelves and are out of the shop in a jiffy. The silence is almost eerie and we notice it immediately after almost half a year of stay here. With over 12000 corona cases and a death toll of almost 1000 people, it is the most affected country in Europe. Therefore, measures are certainly necessary, but whether they are the right ones will only become apparent at a later date. On Thursday the official paper from the Ministry of the Interior disappeared. An enquiry with the coast guard in Fiumicino showed that free movement on the water without a permit would be allowed, but that entering a port would have to be checked by the local coast guard. Whatever that means. Gaby is not enthusiastic at all and we had a long discussion. For me, this means one thing above all: after the Italian government's hasty action in the beginning, they have started to switch on their brains. What happens if the measures do not work? You can't keep people in the ports and marinas forever. Who will pay the costs of such a coercive restraint anyway? When a government makes such an order, they have to expect compensation for damages. So you shift the problem, every boat is allowed to leave one port, but whether it is allowed to enter another port is decided by the local coastguard. So nobody is forced to stay in a port against his will and is then of course still responsible for the mooring fee. In addition one gets air. If the measures do not work, the condition can be extended to a longer period, in the worst case to the whole sailing season. However, it is and remains a very confusing situation and making the right decision is not easy. On the other hand there is of course the danger of infection. Up to now the number of new cases is still rising in Italy, the safest place to be would be at sea and in protected bays, but at some point even a well supplied ship has to call at a port to bunkers new food and then it could be difficult. To all these considerations came the news that a good friend of us has passed away. At the end of our way through the Mediterranean we wanted to visit him in Spain. Dear Norberto we wish you all the best on your last journey, our thoughts are now with your family, to whom we wish much strength. Much too early the cancer has torn you out of life. You will always remain in our memories. Sometimes life is very hard on you, which does not make the decision making process any easier. How we finally decided, we will report in the next blog, until then as always fair winds and keep your ears stiff. 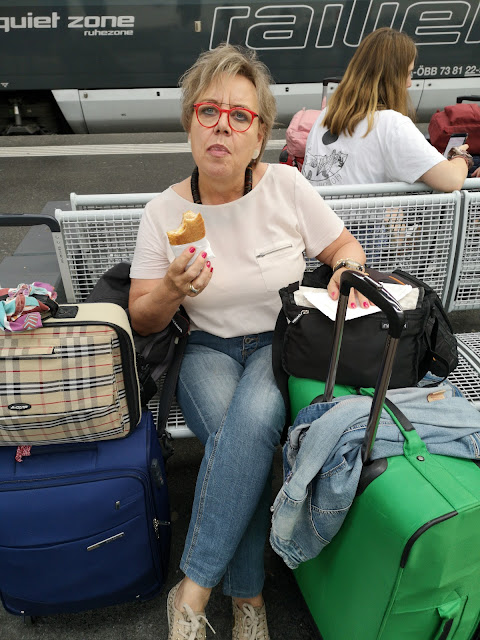 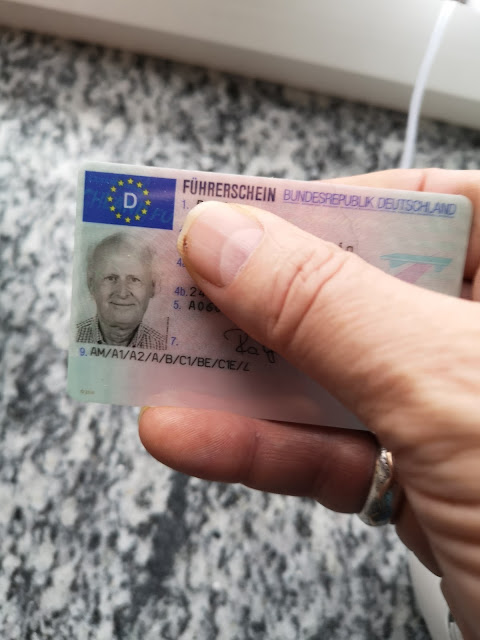