The east coast of Sardinia

on July 17, 2020
We sat in a small restaurant at the pier and waited for Peter, our guest, who wanted to sail with us for a week. It was around noon and I had let Gaby persuade me to order two hamburgers. On the one hand we were both a bit hungry and on the other hand we hoped to shorten the time until Peter arrived. Thick and fat the ketchup ran through the napkin directly onto my freshly dressed t-shirt and left a nasty stain. Great I thought, the day can only get better.
Peter showed up sometime and we went with our dinghy to Katinka. Slightly stressed he stood there and slowly recovered from the exhausting journey. He took the train to Milan, continued to Genoa, then the ferry to Olbia and again the train to Cagliari. Last but not least he took the bus to Poetto. But Peter is taff and recovered quickly. The wind had freshened up on 10 knots in the meantime and there was a swell from southeast into the anchorage. The plan was to drive up the west coast of Sardinia and after a week Peter was to deliver him to Porto Torres, where he wanted to take the ferry back home. However, the weather forecast predicted steady winds from the northwest for the next five days, so the west coast was out of the question at that time. Over the east coast it was 30 nautical miles more to Porto Torres, but southern winds were forecast for the next three days. So we changed plans and set course for the south-eastern tip of Sardinia, where we wanted to anchor in the bay of Porto Giunco in the evening. We reached the bay before sunset and thus had optimal sailing conditions for the following day to the north. Gaby made spaghetti bolognese and our faces brightened up again. 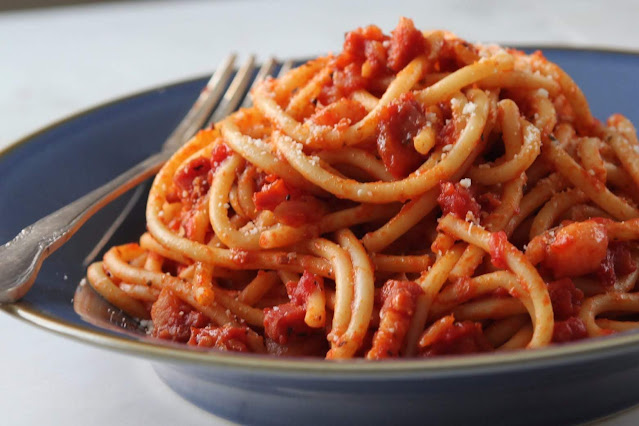 The next morning the promised southerly wind failed to appear for the time being. In the course of the day it freshened up and we were able to cover a good part of the 44 miles that day under sails. In the Marina di Gairo, a small bay in the middle of nowhere, we dropped anchor in the crystal clear water on 5m of sand. A light swell from the southeast set into the bay, but we were all very tired, so after a while we didn't notice anything more. The next morning the announced southerly wind failed again and we drove most of the way under engine. Our destination today was Cala Liberotto, which should protect us from tomorrow's north wind. After 42 nautical miles, of which we had sailed only 5 miles, we reached the bay in the early evening. For the next day a break was planned and we wanted to have a look at the area. So we packed our waterproof bag and swam ashore, changed our clothes and walked through pine forests, past hotels and apartments to a nice bar. The wind north of us had freshened up a lot and we were glad to lie in the protected bay. Peter had his seasickness well under control and so the whole crew was well.
From Cala Liberotto we continued the next day in the direction of Olbia. A residual swell from the previous day and 10 knots of wind from the north made the route difficult. 15 nautical miles south of Olbia, in the Spiaggia di Salinedda, we found a calm anchorage. We were glad that the stage today was not so long. Here in the bay was already much more busy than in the bays we had visited before. You can clearly feel the proximity of Olbia. There were a lot of Frenchmen in the bay, who don't have it very far from Corsica. One kiter tried his luck, but was still a bit overtaxed with the equipment. His wife accompanied him with the dinghy. Suddenly there was a scream and the dinghy stood steeply in the air. The wife got into the water a lot and the boat became independent and went over the bay. She had not put the emergency rope around her wrist. Two anchor men caught the boat again, the rescue service rowed in from the beach and the kiter was collected. All in all, it was a huge excitement, which in the end went smoothly.
The next day we arrived in Olbia in the city harbour and moored at the quay wall. The mistral had destroyed the last hope to reach Porto Torres in the northwest of the island in time. So it was better for Peter to get out here in Olbia and look for a connection to the mainland. We did a sightseeing tour and went for a pizza in the evening. For the next day we had provisions. We needed again various food and fresh fruits and vegetables, also a gas bottle had to be replaced. With bag and baggage we boarded the bus which should bring us to an industrial area with a shopping mall. As usual it was the wrong one, after an extensive city tour we landed again at the harbour.
Here we had to wait a quarter of an hour until the bus brought us back to our starting position. With the second attempt it worked then and we did the purchases up to the gas, which was not to be got here. With our guest Peter we had a second load donkey which did a good job, if there was not the forgetfulness. He left the carrying bag entrusted to him with valuable food bought in the sweat of our brow at the bus stop without further ado and would have been irretrievably lost if Gaby, quick-witted and with a certain presentiment, had grabbed the bag in her hand and managed to escape into the bus with the doors already closing. Peter, unaware of all this, first validated his ticket and came back happy, when the machine in the bus glowed green. But this changed suddenly when I asked him for the bag and he could just be held back from calling the bus driver an immediate "Stop! Chalk-white he looked at me, when he recognized the bag at Gaby. You could hear the stone, which had taken much from his heart, falling. We had our fun with Peter. In the afternoon we hiked to a gas dealer to exchange the empty bottle and discovered a beautiful fish restaurant, which we visited in the evening. The last day for Peter came to an end, we said goodbye to him the next morning and dropped the lines to continue our journey. Peter will return to Switzerland and we will try to reach the west coast of Sardinia somehow to start the crossing to the Balearic Islands. As usual, you will find out what happens next week, until then fair winds and keep a stiff upper lip. 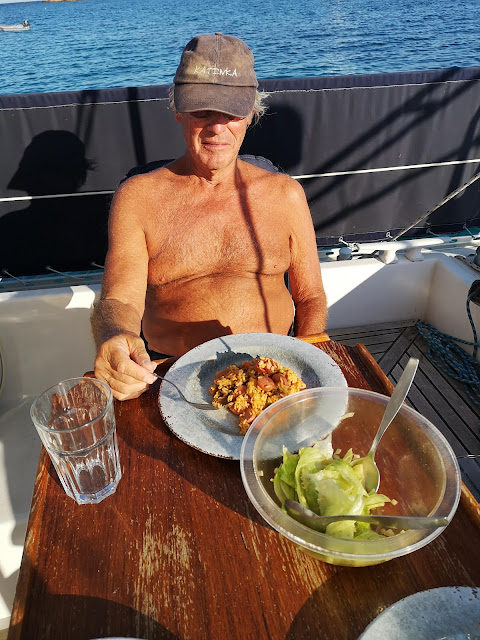 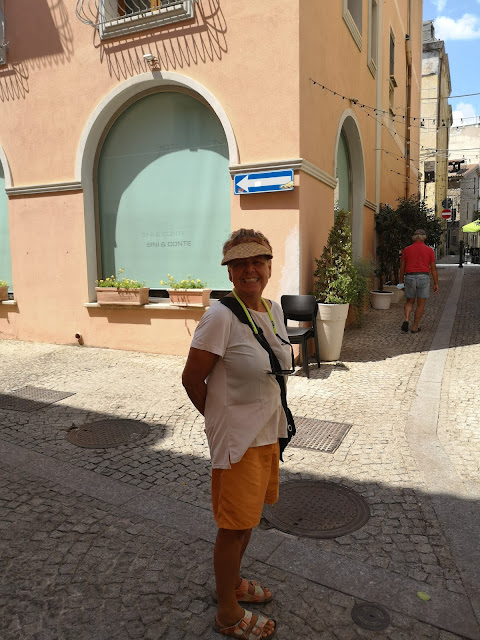 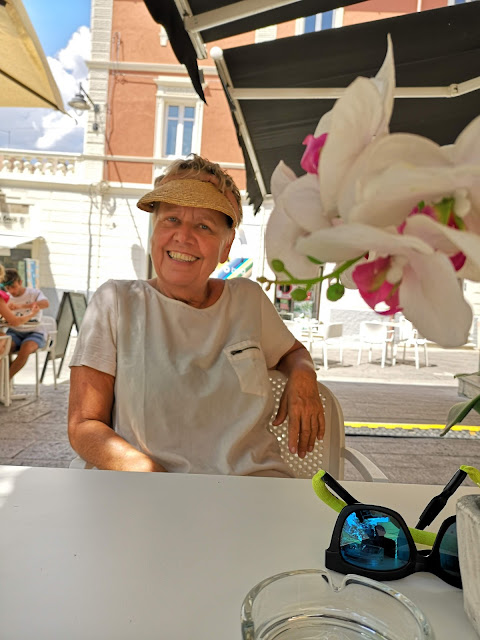 We are located with our catamaran Katinka about 14 nautical miles west of Rome in a small marina on the Tiber Channel. Actually, last month we wanted to go further south and then along the Sicilian coast, get out of the Mediterranean Sea and start the Atlantic adventure. But as so often everything came completely different and now we are stuck here and unfortunately we cannot report about our travel experiences but have to deal with completely different things. The Italian state, like most of Europe, has imposed quarantine on its citizens. There is nothing to criticise in the first place; unusual circumstances require unusual measures. But is quarantine really what we are being given? Wikipedia says: "Quarantine is a temporary, officially ordered isolation of people, animals or plants suspected of having certain infectious diseases or of being carriers of these diseases in order to protect a society from contagious diseases". In other words, we are all suspected of bei

Never believe a statistic that you have not faked yourself, was once taught to me at the beginning of my work life. The latest development here in Italy shows that the old wisdom is still valid. As we are damned to do nothing here on the boat, we of course follow the press closely and read almost every article from home and abroad. We are particularly interested in developments in Italy, where we are affected by any changes ourselves. Since the press is swarming with all kinds of figures, we obtain our figures directly from the Italian Civil Defence, which publishes new cases in a statistic every evening. After the state had issued a curfew for the whole of Italy and an improvement of the situation could be expected after 10 days at the earliest, people longed for the day to come and hoped for a decrease in the numbers. In fact, the numbers also went down on days 10. and 11. on day 12, however, the numbers of the dead and newly infected rose again. On this day, the new numbers